The 2013 Gigliola Gori Junior Scholar Award was won by Taiwanese students, Chia-Ju Yen and To-Pin Wen for their paper “Historical discovery of the passage of Tou Hu from China to Japan and South Korea”. Both authors are regular participants of the ISHPES congresses. For several years we could observe Chia-Ju´s discipline, perseverance, and conscientious efforts in pursuit of her Ph.D. degree. Her co-author, To-Pin Wen has demonstrated similar diligence in his own academic career with many publications and presentations. Both have recently obtained their Ph.D. degree.

A: With the intensive attractiveness of Chinese culture and Buddhism, many monks and students visited China and brought back many classical books back to Korea. Some of them included the information of Tou-Hu. It is estimated by the analysis of historical materials that Tou Hu was initially introduced to South Korea under Emperor Wu during the Southern Dynasty (AD 503-549). Baiji, a kingdom of Korea had sent ambassadors to visit Emperor Wu learning Buddhist scribes, who learned Three Rites.

B: Under the same situation but almost one hundred years later, from a letter of credence showed that Tou Hu was first introduced to Japan during the Sui Dynasties within the period AD 607 – AD 608. OnonoImoko came to China twice to learn the Chinese rites. Later, Japan sent envoys, students and educated monks to China frequently.

Thus, offering chances for learning Chinese culture and having more flexibility, Tou Hu could spread to Japan and Korea and was popular in the upper class and among aristocratic women. Tou Hu is elegant and lightweight; Chinese Confucianism is also one of the important factors that have increased its popularity. 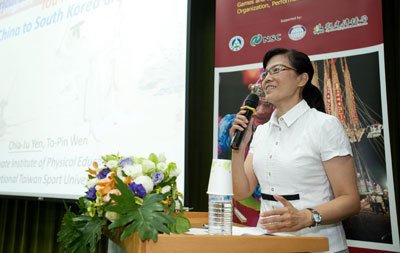