Three scholars shared the Routledge Early Career Scholar Presentation Award at the 2018 Congress in Münster, Germany. Ricardo Assumpção, Justus Kalthoff, and Kalle Rantala, each received the award, which includes £75 in books from Routledge. 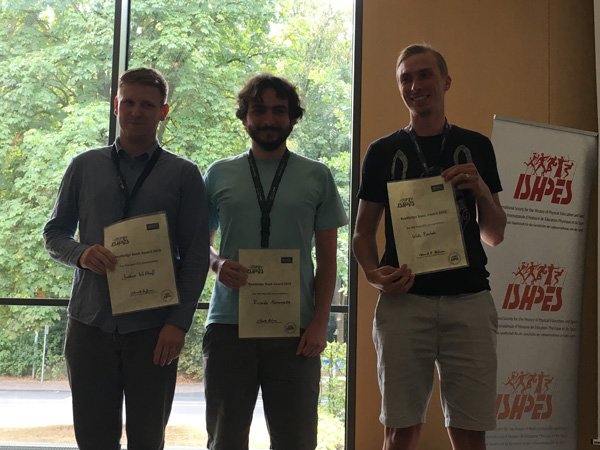 Ricardo Assumpção, from Architecture and Urbanism College, University of São Paulo (FAU USP), Brazil, presented his paper: “A Nation at the Stands – The opening ceremony of the São Paulo Municipal Stadium as an example of the disciplinary politics of the Estado Novo (1937-1945)”.

The Revolution of 1930 ended the political hegemony of the regional oligarchies of São Paulo and Minas Gerais that ruled the Old Republic and started the centralization of power in a strong national State under the command of Getúlio Vargas. The control over all sectors of civil society was intensified with Vargas’ institution of an authoritarian, nationalistic and anti-communist dictatorship called Estado Novo in 1937, which lasted until 1945. The idea of a single national identity that united all Brazilians as one was one of the main goals of this new regime that sought to put an end to all regional dissidences. Amongst many of the elements that fell under State control were sport activities, which played a key role in the construction of new model citizens.

This paper seeks to analyze the opening ceremony of the São Paulo Municipal Stadium as an example of the Estado Novo politics of society’s regularization. Inaugurated in April 27h of 1940 as the greatest sports complex in Latin America at its time, the Municipal Stadium, with its capacity for more than 70.000 spectators, is a consequence of the popularization of sport in São Paulo. A sport venue of such magnitude is the result of combined efforts from public and private initiative in a city that grew at great pace and was becoming the most important economic center in the country. The rigid discipline demanded from the athletes during the opening ceremony, aiming to create perfect and uniform movements, can be seen as a reflection of the ‘desired’ harmonic society with no class struggles proposed by the Estado Novo. The instructions given to the athletes and printed in newspapers will be used as evidence of this argument. Vargas’ inaugural speech, although brief, is also emblematic of ideas of order and discipline. Finally, the architectural project of the Stadium provides more evidence, as it was inspired by the ideas of harmony and perfection. The paper will discuss one of the most important moments of the construction of Brazilian identity through the analysis of a space built to host Brazil’s most popular cultural manifestation, football.

Justus Kalthoff, from the University of Münster, Germany, presented his research: “Soccer, Science and Socialism in the GDR”.

Today, professional soccer is no longer thinkable without science. The use of science in soccer is taken for granted and, of course, soccer training is based on scientific knowledge. Prima facie, this finding may seem trivial. Because nowadays it is obvious, that the application of science in soccer promises a greater sporting success. However, scientific knowledge was hardly employed in soccer until the early 1950s and its use was anything but taken for granted and, indeed, needed legitimacy. Thus, the contribution will present the results of a historical study on the legitimation of science in soccer. Using the GDR as an example, the scientification of soccer in the 1950s and 1960s will be traced. Particular attention will be dedicated to the legitimation of science. It will be illustrated how soccer knowledge was transferred from the Soviet Union to the GDR.

From the early 1950s to the 1960s, the Soviet Union served as a role model for the GDR in general and GDR sport in particular. This was especially true for soccer. It will be argued that the Sovietization of the GDR and the scientific success of the Soviet Union – most notably demonstrated by the Sputnik missions since the late 1950s – as well as the scientific euphoria that prevailed at that time and the future promise of science to improve performance in soccer, led to and legitimized the scientification of GDR soccer.

Kalle Rantala, from the Sports Museum of Finland, Finland, presented his research on “The Development of Finnish Olympic Athletes’ Support Between the World Wars”.

Finland was one of the most successful countries in the Olympic Games between the World Wars owing much to its athletes’ support system. Athletics and wrestling were chosen to be priority sports in Finland, and most of the success was achieved from them. Previous studies have mainly focused on the nationalistic motives of Finland’s participation in the Olympic Games. This paper concentrates on the cornerstones of Finnish Olympic athletes’ prowess.

As an empirical study I analyse various aspects of the support system which was developed shortly after the independence of Finland in 1917. The main questions are why and how the system developed and which were the main ways to support athletes. I refer to archival records of the sports federations, to newspaper articles and to literature. As a sub-case I perused the letters sent to athletes by the first professional Olympic coach of Finland, Jaakko Mikkola, from 1923 to 1924 to disclose which functions were the most crucial on his work. Mikkola was the track and field coach for the both 1920 and 1924 Olympic Games.

The living and the training of potential Olympic Athletes was supported in various ways. The best received the highest monetary support, but the whole group received training gear, equipment and massage treatments. Medical and dental treatment were available, and a long training camp was established for the last preparation. The coaches of athletics and wrestling arranged more advanced training facilities for athletes as well. They gave training instructions but also psychological and motivational guidance.

The Finnish sport system evolved into a new phase in the 1930s when one of the primary roles of the Olympic coaches was to organize courses for new coaches. For this reason, the number of trainers with greater knowledge rose and the know-how of training spread more efficiently through the country. The Olympic Games of Helsinki 1940 created a push in athletes´ motivation in the end of 1930s. The principles which Jaakko Mikkola set were still the basis of the athletes’ support. 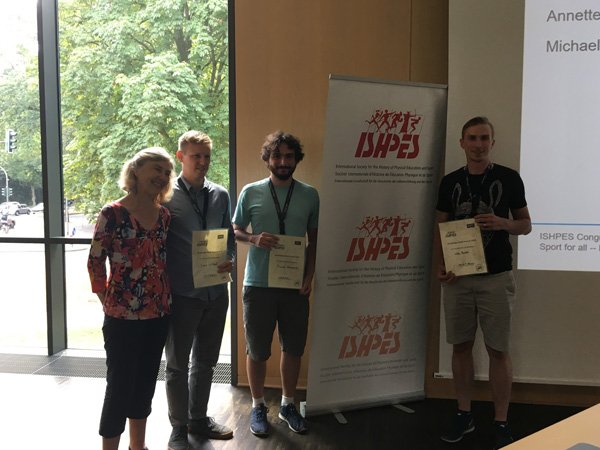