Prof. Dr. emer. Manfred Lämmer from the German Sports University in Cologne is the winner of the 2010 ISHPES Award. Prof. Lämmer is an internationally known scholar who holds university degrees in sports, Greek, Latin and history. He was able to combine these subjects in his research which is ancient sports besides many other areas, such as for instance various aspects of the Olympic movement. Although Prof. Lämmer is an Prof. Emeritus, he is still very active doing research and travelling to various countries to either teach or give papers. Throughout his career Prof. Lämmer held several offices for ISHPES and its preceeding organization. Between the years: 1972-2004 he held offices such as Council Member, General Secretary, Vice-Presidents and he was HISPA President. Prof. Lämmer is the editor of STADION, an internally known sport history journal. 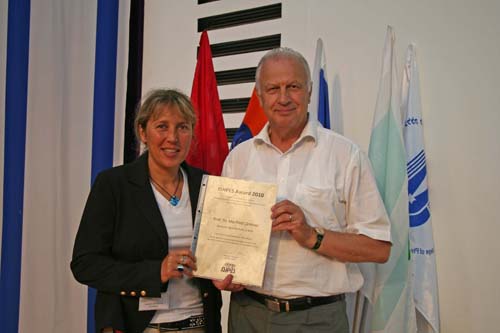