Entrants for the Gigliola Gori Early Career Scholar Award for 2018 were uniformly excellent showing the rich set of talents of the younger ISHPES scholars. There were 6 interesting and well written papers in all from a number of countries, demonstrating the global reach of our organization. The panel consisted of Gerald Gems, Gertrude Pfister, and Pierre-Olaf Schut who kindly agreed to review the papers and formulate their decisions.

The panel read each paper, assigned marks and then discussed the results, coming to a difficult conclusion given the high quality of the essays. The papers covered a wide range of extremely interesting and well researched sport history related topics.

The 2018 winner of this award is Lydia Furse, a historian and rugby player studying the social and cultural history of women in Rugby Union from the late 19th century to the present. Lydia Furse studied French and History at the University of Warwick. Since 2017, she is a PhD candidate. As a historian and rugby player Lydia worked on an Arts and Humanities Research Council funded project entitled “Women in Rugby Union: A Social and Cultural History, c. 1880-2016.” The international scope is an integral aspect of her research.

ABSTRACT
Barrette rose to prominence in France during the 1920s, although it is often overlooked in modern sports histories. This paper examines the close ties between barrette and rugby football through an analysis of contemporary newspapers, to argue that barrette was explicitly viewed as women’s rugby.

This study challenges the traditional take on the decline of barrette, with new evidence of the sport surviving into the 1930s. Tracing the rise and fall of barrette as a contact sport for women in early twentieth-century France, this paper places the sport within its political and social contexts, building on scholarly work regarding Alice Milliat’s Fédération Féminine Sports de France (FFSF). This approach underlines the strong political statement made in supporting a contact sport for women in 1920s France, and traces how this feminist imperative gave way to external pressure to force the end of barrette by the late 1930s.

Barrette provided an oasis for women wishing to play a contact sport, which was both geographically specific and temporary. To bring barrette out of the sports history desert, this paper argues for its inclusion into the history of rugby football, to overcome the difference between the dominant discourse and the gendered subject. Once integrated, comparisons between barrette and global examples of women’s contact sports in the 1920s will be more fruitful, whilst also highlighting the French style of barrette’s success, and eventual demise. 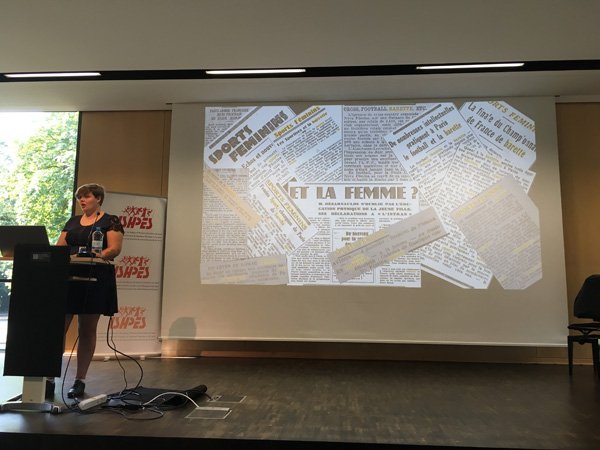 We remain extremely grateful to Gigliola Gori for her generous financial support of this award and to the members of ISHPES who kindly gave up their time and attention to read the essays, provide useful comments for the authors and make their decisions.

We would also like to continue to encourage graduate students to enter this competition with their original research papers in sport history and remind them to put particular attention to the word limits required for their contributions, extensive use of primary sources and careful analysis. 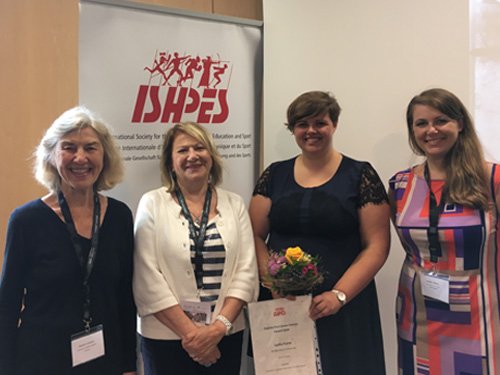