Leena Laine, a founding member of ISHPES, was honored as an honorary member at the 2015 Congress in Split, Croatia.

Leena Laine, a founding council member from Finland, was honored as an honorary member of ISHPES at the 2015 Congress in Split, Croatia. Laine, who has devoted her time and energy to this organization, was the Secretary General and editor of the seminar proceedings during the first ISHPES Seminar in 1992.  ISHPES recognized Laine’s scholarly work by bestowing the ISHPES Award on her in 2007.

Prior to the formation of ISHPES, Laine served as a National Delegate for ICOSH from 1986-1989. For nearly 30 years she has continually brought up critical issues for productive discussions during seminars as well as innovative ideas for the future of ISHPES. Laine initiated an ISHPES Summer School which Gertrud Pfister later continued in Copenhagen. 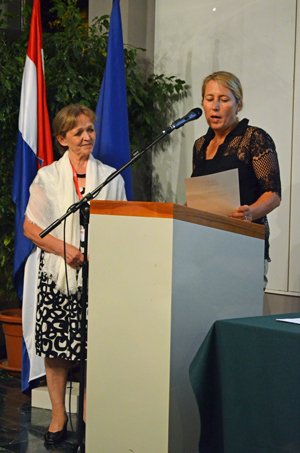